KCI has been continuously operating for more than 120 years.

Texas Precious Metals operates an online precious metals business at texmetals.com as well as a retail location in Shiner, Texas. Texas Precious Metals has processed more than half a billion dollars in client transactions in excess of 50,000 orders, accounting for more than 300,000 troy ounces of gold (10+ metric tons) and 10 million ounces of silver (300+ metric tons). TPM ships daily to all 50 states.

In 2014, Texas Precious Metals was recognized as the No. 1 “fastest growing Aggie-owned or Aggie-led business in the world” by Texas A&M University, and in 2015, Inc. Magazine named it the No. 200 Fastest Growing Private Company in America. Our corporate partnership with UPS is so strong that our company was featured by UPS in a national commercial.

In 2014, to recognize its strong precious metals partnership, the government mint of Australia – The Perth Mint – issued a silver coin exclusively for commercial distribution from Texas Precious Metals. This coin is legal tender in Australia with a face value of AU$0.50. The Houston-Perth “Sister Cities” coin featured offshore and onshore oil rigs showcasing the historic energy sectors of the two cities. The coin also paid homage to the flags of both Texas and Australia. At the announcement, The Perth Mint’s Sales and Marketing Director Ron Currie declared: “Texas Precious Metals has become a valuable partner of The Perth Mint and champion of our products. To come together to create an exclusive product, which symbolizes the relationship between our home cities, has been an exciting collaboration for us both.”

Perhaps no product line is a greater testament to TPM’s contribution to the precious metals industry than the Texas Mint, a widely-distributed product line that has grown to become one of the most popular precious metals products in Texas. Since 2013, the company has sold more than 2.5 million Texas Silver Rounds into circulation. 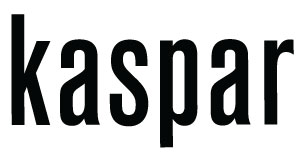